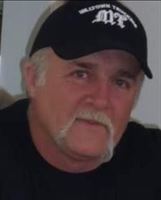 It is with great sadness that we announce the passing of Gerald Jardine Jr. husband of Tracy (Nash) Jardine of Williamstown Road who passed away at the Miramichi Regional Hospital on August 27, 2021 at the age of 60.

Gerald will be greatly missed by his two daughters, Joady Jardine (Chris Supak) of Grand Prairie AB and Tasha Jardine (Chris Somers) of Millerton NB and his beloved grandchildren; Soren, Easton, Grace, Hanna and Peyton. He will also be missed by his sisters, Brenda Jardine (Terry) and Kim Jardine (Grove) and his brother, Dexter Jardine (Debbie), his mother in law, Ruby Nash, in laws, Christina Nash (Richard), Angie Sturgeon (Johnny) and Kirby Nash (Marlene) and many nieces, nephews, aunts, uncles and cousins.

Gerald was predeceased by his parents, Gerald Jardine Sr. and Annabelle (Landry) Jardine and his father in law Edward Nash.

Visitation will be held at Bell’s Funeral Home 651 King George Highway Miramichi on Monday, August 30, 2021 from 2 PM to 4 PM and 7 PM to 9 PM. Funeral service will be held on Tuesday, August 31, 2021 from The Sterling Bell Memorial Chapel at 2 PM with Kevin Carr officiating. Interment will be held at a later date.
As expressions of sympathy, donations may be made to the Hospice Miramichi.

A special Thank You to the Extra Mural staff for their excellent care and to the Palliative Care Staff especially to Stephen Hare and Marley for their compassion and kindness.

A tradition of service since 1922