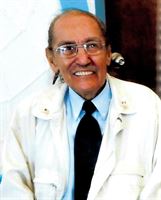 Arthur Robert Bartibogue of Esgenoôpetitj, NB, passed away at the Miramichi Regional Hospital on Friday, August 20, 2021 at the age of 71. Born in Newcastle, NB, the son of George J. Ward and Lucy Marchand.

Arthur was a member of St. Ann’s Catholic Church, Egenoôpetitj, where he was very involved. He enjoyed woodworking and painting.

Visitation will be held at Bell’s Funeral Home, 651 King George Highway on Tuesday, August 24 from 3:00 – 7:00 PM. Mass of Christian Burial will be celebrated on Wednesday, August 25, 2021 at 10:30 AM from St. Ann’s Catholic Church, Esgenoôpetitj with Father Godwin Kalu officiating. Interment will be in the church cemetery.

As expressions of sympathy, in Arthur’s memory, donations can be made to a charity of the donor’s choice. Messages of condolence for the family can be sent through the funeral home website at www.bellsmeadows.com