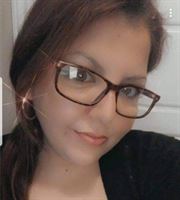 Crystal Anne Francis
1982-2020
Crystal Anne Francis of Esgenoôpetitj, NB, common law spouse of Raymond Mitchell, passed away at her residence on Thursday, September 24th, 2020 at the age of 37.
Born in Miramichi, Crystal is survived by her mother and step father: Stephanie and Talbot Larry. As well as her father and step mother: Darrel Metallic and Treena Dedam.
Besides being a homemaker and grandmother to Remedy Quinn, Crystal was also a beautification worker.
Crystal is survived by one daughter: Chyra Francis Mitchell; one son: Darnnel Francis Mitchell; grandfather: “Dad” Dedam; sisters: Tara Metallic, Casey Metallic, Daryl Metallic and Louise Joe; brothers: Tristen Larry, Kaleb Larry and Craig Metallic and many aunts, uncles, nieces and nephews.
Crystal is predeceased by her paternal grandmother: Virginia Dedam; and maternal grandparents: Thomas and Barbara Metallic, as well as one brother: Curran Metallic.
Visitation will be held at 7 Joseph Court, Esgenoôpetitj, NB on Sunday, September 27th after 2 PM, and again on Monday.
Mass of Christian Burial will be celebrated from St. Ann’s Roman Catholic Church, Esgenoôpetitj, NB, on Tuesday, September 29th at 2 PM.
As expressions of sympathy, in Crystal’s memory, donations may be made to a memorial of the donor’s choice.
Funeral arrangements are under the direction of Bell’s Funeral Home, 651 King George Highway, Miramichi, NB, E1V 1N9. Telephone: 622-3600. Messages of condolence as well as donations may be made on our website: www.bellsmeadows.com.
A tradition of service to the families of the Miramichi and surrounding communities since 1922.