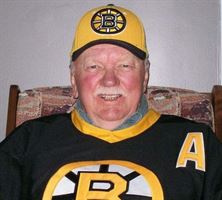 The death of Mr. David Paul Ingersoll, husband of the late Yvonne “Jean” Ingersoll of Miramichi, NB, occurred on Thursday, June 18, 2020 at the Miramichi Regional Hospital at the age of 76. Born in Nanaimo, BC, he was the son of the late Gray and Betty Jean (Bell) Ingersoll. David was a retired Air Tanker Operations Manager with the Department of Natural Resources. He was a former member of the Atlantic Salmon Federation and a life member of the Miramichi Salmon Association. He enjoyed Curling, Fishing and watching the Miramichi Timberwolves.
David is survived by: one son: Shawn (Melanie); three granddaughters: Aiden, Phelan and Kellan; two brothers: Donald (Bernadette) of Ottawa, ON; Peter; several nieces and one nephew. He also leaves behind his beloved dog, Oliver, in the care of his doting granddaughters.
Besides his parents and wife, Jean, he is predeceased by: two grandchildren: Ehron and Seamus.
Due to Covid-19 restrictions, there will be a private Graveside Service at the Black River Cemetery, Black River, NB at a later date.
In David’s memory, donations may be made to the Miramichi Salmon Association, 485 Hwy 420, South Esk, NB E1V 4L9 or to the Miramichi Hospice, PO Box 594 Stn. Chatham, Miramichi, NB E1N 3A8. Messages of condolences can be sent through our website at www.bellsmeadows.com
Funeral arrangements are under the care of Bell’s Funeral Home, 651 King George Highway, Miramichi, NB. Telephone: 506-622-3600.
A tradition of service to the families of Miramichi and surrounding communities since 1922.