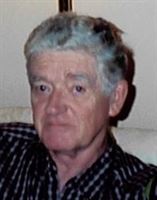 Daniel Archibald Mills, husband of Theresa (Ullock) Mills of Miramichi, passed away at the Miramichi Regional Hospital on Thursday, January 2nd, 2020 at the age of 83. Born in Hardwicke, NB, Daniel was the son of the late William and Agnes (Potter) Mills.
Daniel was an operational auditor with Gesco Industries carpet manufacturers in Toronto, ON. Daniel joined the Jaycees Moncton Unit in 1960 and became president of the unit in 1963. He then became Atlantic provinces president in 1967 and then went on to become the national vice president. Daniel then became a Jaycee International Senator.
Besides his wife, Daniel is survived by two daughters: Lori Mills and Angela Mills, both of Newcastle, NB; two sons: David Mills and Bruce Mills, both of Ontario; one sister: Margaret Poley (Bill) of London, ON; six grandchildren: Shelby, Melanie, Dylan, Jordan, D.J. and Zaydan; one great grandchild: Colton as well as several nieces and nephews.
Besides his parents, Daniel is predeceased by six sisters: Nina Flam, Della McLean, Jean Fitzpatrick, infant Althea, Joan Gallant and Wilma Barter as well as six brothers: George, Harold, Glen, John, Guy and Paul.
At Daniel’s request, there will be no visitation or funeral service. A Family Graveside Committal Service will be held at Saint John the Evangelist Anglican Cemetery in Hardwicke at a later date.
As expressions of sympathy, in Daniel’s memory, donations may be made to the Heart and Stroke Foundation or a memorial of one’s choice.
Funeral arrangements are under the direction of Bell’s Funeral Home, 651 King George Highway, Miramichi, NB, E1V 1N9. Telephone: 622-3600. Messages of condolence as well as donations may be made on our website: www.bellsmeadows.com.
A tradition of service to the families of the Miramichi and surrounding communities since 1922.